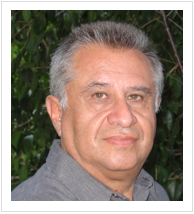 Gustavo was the founder of Latin Field (formerly Improdir) and served as the president for over twenty years. His principles, techniques, and insatiable drive to obtain insights in Latin America are the strong foundation that makes up Latin Field today. He was the Marketing Strategic Planning Director for Coca-Cola Mexico, the Managing Director for Burke Marketing Research Mexico, Co-Managing director for Louis Harris Indemerc Mexico, and Director of Analysis of Economic Growth for the Mexican Government. Gustavo pioneered the business of marketing research in Latin America and was one of the founders of Mexico’s Marketing Research Association (AMAI). He spoke as early as 1974 for SCIP (Society of Competitive Intelligence Professionals) in Los Angeles about methods to obtain databases in Mexico for business intelligence. In 1995 he spoke at ESOMAR’s Latin American Congress in Mexico about how to adapt marketing research methodologies to Mexico and Latin America. In 1996 and 1997 he spoke in N.Y. about the cultural differences that businesses need to mind to do business in Mexico. In March of 1999 he spoke in Geneva Switzerland about the Future of Business Intelligence in Mexico and Latin America. In March of 2006 he spoke in Frankfurt Germany for the German Market Research Association (BVM) about conducting meaningful marketing research in Latin America. In 2006 he was the Committee Chairman for ESSOMAR’s Gobal Diversity Conference in Miami. Gustavo wrote a chapter in the book Global Gold by Ruth Stanat. He was a friend and mentor who whose spirit lives on in team and business he built for twenty five years.